We don't drink beer because we don't like the flavour. Many years ago, when I was in my late teens and at a party I remember saying to someone that I didn't like the taste of beer. They told me that I should keep drinking it and that overtime I would develop a taste for it. Sounded like a really dumb statement to me. Why keep drinking something that you don't like with the hope that someday you'll like it.

Over the years Loraine and I have seen many recipes that use beer as one of the ingredients. That, of course, raised the question about what to use in place of the beer. While a lot of recipes suggested water, that made absolutely no sense to us. If the beer can be replaced with water, why use the beer in the first place. Obviously the beer added flavour to the recipe. 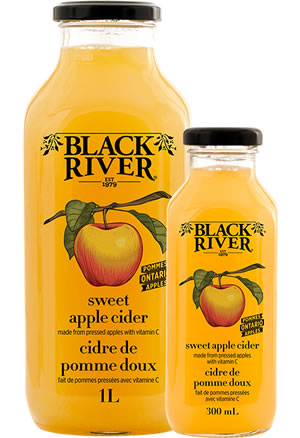 There were a few possibilities, using a broth or stock, but in a lot of cases broth or stock were already part of the recipe. We needed something that would actually enhance the flavour of the dish. Wine was an alternative, but again there was nothing overly unique about adding wine to a dish and in some cases it made the dish much more complex to make (cooking the dish to cook off the alcohol).

About a year ago we watched a Chef John recipe for braised brisket. In that recipe he adds apple juice to the braising liquid. The light went on and we decided to try apple cider in recipes that called for beer.

Now we have no idea what the recipes that have the beer taste like, so to say that the apple cider is better or worse is impossible for us to say. But, we can say that using the apple cider in place of beer creates an excellent flavour. It works well, we've tried it, with beef, pork and chicken. We've used it in soups, braised and baked dishes. We have even used it as an overnight marinade with chicken.